The past few decades have witnessed a resurgence of the Feminine and a re-valuing of the qualities of caring and cooperation, receptivity and relationship-building. The feminine archetype itself has been expanding to a cosmic scale, where we recognize that the Universe is not an impersonal machine devoid of consciousness and purpose, but a living entity infused with, and animated by, a subtle life-energy capable of nurturing countless living organisms within it.

Embracing the feminine allows us to view Earth as a sacred, self-regulating organism and, within this context, to bring a new nurturing spirit to our collective evolution. Finding right relationship between the masculine and feminine energies, and bringing them into balance and harmony within ourselves and our world, will enable humanity to move beyond the aggressive, materialistic competitive mind-set of the industrial era to a more collaborative and compassionate worldview that is a vital foundation for a future of sustainable prosperity.

While Nature abounds with examples of this kind of balance, there are very few stories outside of Indigenous traditions that show the masculine and feminine in sacred relationship with each other. This story is being written as we speak, worked out on the ground by pioneering souls willing to hold and work towards the possibility of the masculine and feminine in a mutually respectful and loving partnership.

Gender Reconciliation is a burgeoning new field of transformational healing and reconciliation between women and men that is rapidly emerging across the globe. D.H. Lawrence once remarked that “the future of humanity will be decided not by relations between nations, but by relations between women and men.” Gender reconciliation recognizes the profound wound in the human family constellated around cultural conditioning relating to gender, sexuality, and relational intimacy. The ‘gender wound’ is manifest in myriad forms in virtually every society across the planet.

Gender reconciliation embraces all sexual orientations, including heterosexual, gay, lesbian, bisexual, transgender, and intersexed. It builds upon yet goes well beyond the work of the women’s and men’s movements, both of which are crucial social innovations that have each made powerful contributions in their own right. Gender reconciliation takes another bold step—or leap!—to bring women and men together to begin an unprecedented collaborative work of facing the disastrous reality of gender injustice in its myriad forms, and embarking upon the integral work of mutual healing and transformation.

Women and men are both afflicted by gender injustice, and neither can heal these afflictions on their own. Domestic violence is the leading cause of death for women aged 15 to 44 worldwide. Men have higher death rates than women for all 15 leading causes of death. The premise of gender reconciliation is that women and men can and must work together to jointly transform these tragic conditions, and foster a true and complete healing. Working through the challenges of gender disharmony with integrity, compassion, and non-judgment, men and women of all sexual orientations discover a liberating awakening and new spiritual communion.

Early initiatives in gender reconciliation include the pioneering work of peace activists Danaan Parry and Jerilyn Brusseau, who developed an effective methodology in the late 1980s called Essential Peacemaking. Robert Bly and Marion Woodman, leaders in the separate men’s and women’s movements respectively, collaborated for 20 years in a series of programs focused on masculine and feminine archetypes. Dialogical approaches were developed by Samuel Shem and Janet Surrey, among others. William Keepin, John Seed, Heart Phoenix, and others began experimenting in the early 1990s with experiential approaches in the context of ecological activism.

This video gives an overview of the Gender Reconciliation process, and shows excerpts from workshops and trainings in South Africa, Kenya, India, and Canada.

This video presents a lively conversation of five young adults (from mid 20s to early 30s) following their experience of a three-day Gender Reconciliation workshop.

A Documentary celebrating Women around the World.

This video is an interview with Rev. Laurie Gaum, the sole openly gay minister in the conservative Dutch Reform Church in South Africa. His father is a minister in the same Church, and the two of them struggled and eventually reconciled and co-authored a book published in 2010 about their remarkable process of healing and transformation.

Gender Reconciliation and Forgiveness in Kenya

This short video recounts a powerful experience of healing and the grace of forgiveness that transpired in a Gender Reconciliation workshop in Nairobi, Kenya in 2010.

Here are photographs from Gender Reconciliation workshops offered by Will Keepin and Cynthia Brix. 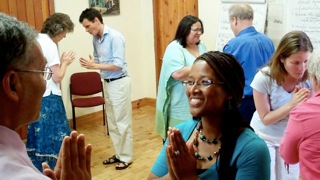 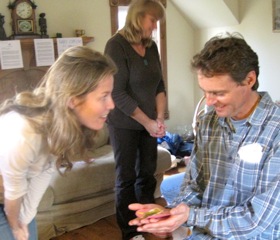 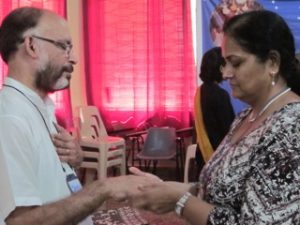 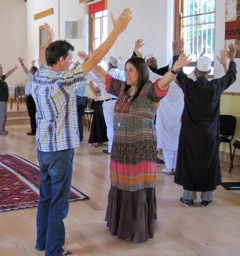 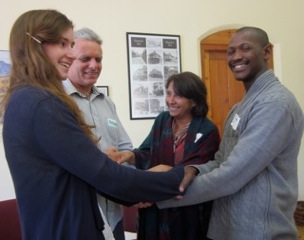 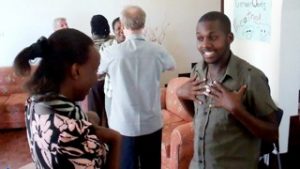